Announcing The Debian RoboPhone v12-2 which has the Robo UNTRACKER!
(Works with all mobile phone GSM Simm cards in every country!) 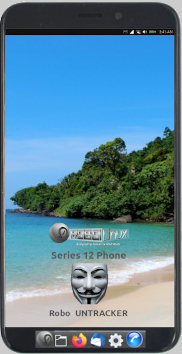 Today Robolinux just like Red Hat provides its base series 12 Linux operating systems you can download freely while also offering its users optional 12+ advanced upgrades and software for a monthly or annual software plan at a fair and reasonable price.

The Robolinux White Hat Series 12 versions available in Cinnamon, Mate & Xfce desktop flavors, were built from scratch using Ubuntu 20.04 source code. This was a rigorous seven month development cycle which provides our users with rock solid Long Term Support versions good through 2025! Series 11 users will need to perform a fresh install. If a user needs migration support from an 11 series version to 12, they can reach out to Robolinux for help using the contact form on the Robolinux.org website.

The Robolinux 64 bit series 12 Cinnamon, Mate & Xfce desktop versions have built in one click video, Wifi & printer driver installation support and are powered by the Linux kernel 5.8 version in Ubuntu 20.04 that increases performance, stability, and security improvements, whilst providing support for more hardware such as the newly-announced 11th generation Intel Core processors, upcoming AMD processors & GPUs, and other peripherals. This means that all three Robolinux series 12 versions now work with even more computers and devices.

You will find a blue Robolinux 12+ launcher on each FREE 12 series Desktop offering Users an optional one click upgrade path to 12+ which provides you with a plethora of innovative advanced privacy applications, extremely popular one click app installers, monthly custom updates & upgrades!

Today privacy is now a matter of life and death!

Robolinux 12+ eliminates EVIL TYRANNICAL Contact Tracing and Tracking with its innovative Robo UNTRACKER application plus many other critical privacy apps only available in Robolinux 12+.

Now you can be 100% Untrackable, Untraceble & Anonymous on the internet!

Get some cool Robolinux stuff!